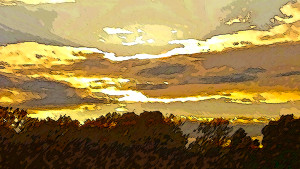 Much of my weather wisdom is gathered from Daniel Swain from his blog weatherwest.com.  The Climate Scientist and Phd. candidate for Stanford’s Department of Environmental Earth Science coined the term – “Ridiculously Resilient Ridge” after the obstinate high pressure system that ushered in much of our drought.

His most recent post summarizes El Niño’s impact on California’s 2015-2016 rainy season.  My snapshot is focused on Northern California.

The final analysis according to Daniel and other experts is that this outgoing rainy season overall – has not made a sufficient dent in the huge shortfall of precipitation since 2012.

We had high expectations for this monster El Niño.  Daniel Swain’s weatherwest.com tries to make scientific sense of why it didn’t measure up.  If you want more detailed information with charts and graphs see his blog.

Breaking News on the horizon: the forecast suggests rain starting next Thursday, May 5 through Saturday, May 7th.

While too early to predict with any certainty, all American and international models are suggesting La Niña conditions in the tropical Pacific Ocean by late summer.

What does this portend for California’s rainy season?

We will continue to post updates as they come.